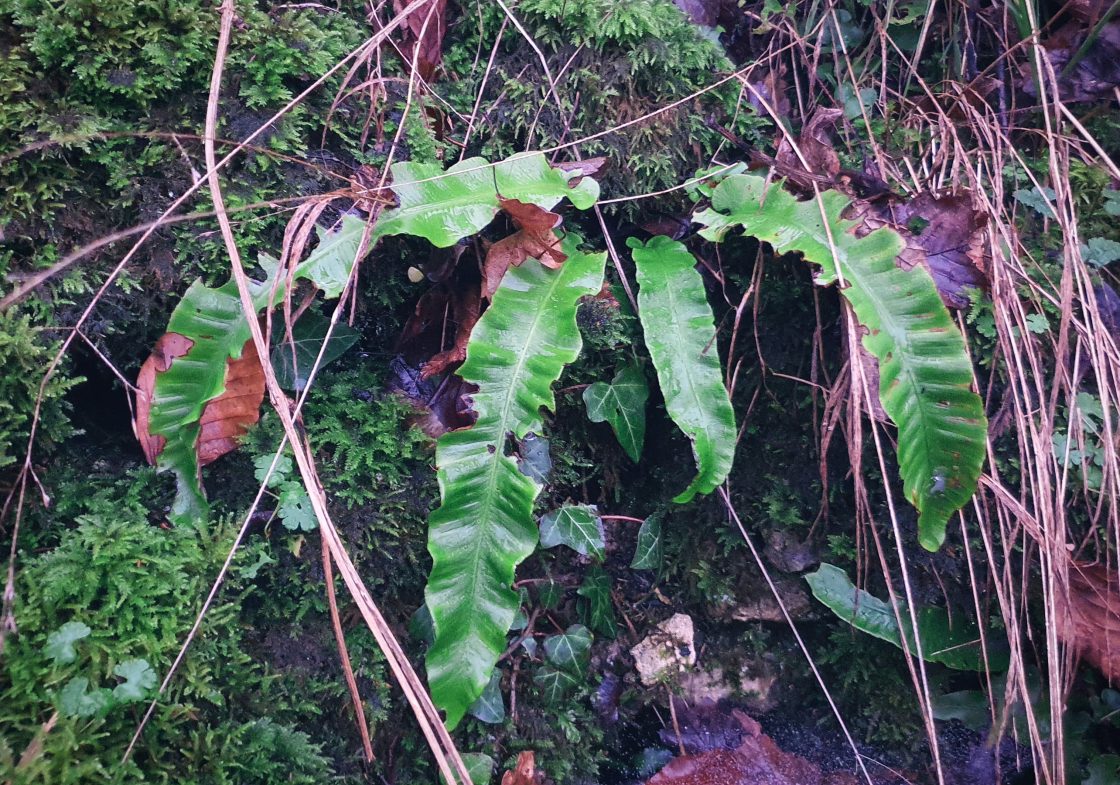 The Old Lady Who Disappeared

CW: Death of partner and child

She’d always been Henry’s wife or the hospital-cafeteria lady. A long time back, she also had a few friends who referred to her by name. Quiet souls, like herself. They’d meet occasionally, when the responsibilities of life allowed, to discuss books, drink peppermint tea, gossip about neighbours and share sorrows.

One day, they decided to teach themselves to knit. Chattering gave way to companionable silences with only the soft clicking of needles marking their time together. Gradually, life drifted the friends apart, but Penelope always felt their presence when knitting.

Henry fell ill. Penelope retired and her world narrowed further. She nursed him, cooked for him, cleaned for him and kept him company. Sitting at his bedside, she’d knit for hours embracing old grief and trying not to dwell on what was to come.

She created dozens of tiny pink and blue hats for premature babies, like the one she’d lost decades earlier. If she concentrated hard and purposefully knit in love, she fancied it lent an extra spark of strength to the little ones.

On days when Henry could get along without her for an hour or two, she’d walk several miles to the hospital and deliver her offerings.

Years passed. Many times, she longed for company, but it was impossible. Henry needed her.

By the time he died, he no longer knew her. She purchased a handsome wood casket and a burial plot next to a grove of red alders.

Then, Henry’s pension cheques stopped coming. She couldn’t afford the rent for their apartment, so she sold most of their belongings and looked for something cheaper.

A rooming house, Lavender Cottage, on the old side of the city, advertised a rent she could afford, barely.

The faded remains of paint on the clapboard siding might have been lilac at some point.

She surveyed the narrow street crowded with low-rise apartment buildings and flats above failing and abandoned shops. Most were boarded up and covered in layers of graffiti.

Potholes dotted the street; the sidewalk pavement was cracked. Several streetlights were burnt out. Passersby hurried along, heads down, shoulders hunched. Others huddled in doorways, their faces obscured by blankets and hoodies.

One place is as good as the next, she decided.

She hoped to make new friends, but the few people she encountered in the dimly lit halls and urine-scented stairwell averted their eyes and rushed past.

She tried smiling. She tried saying hello. No one responded. It was like she wasn’t even there.

After groceries and a few necessities every month, there wasn’t money for new yarn, and she scoured a nearby thrift shop for suitable wool sweaters to unravel.

In her room she knit the days away. Henry’s threadbare recliner was wedged into the space near the only window and released a hint of his pipe tobacco each time she sat down.

She tried to convince herself it was enough.

A small, unkempt lot straddled the space between the tenement and a row of boarded-up shops. It might have been a park once, but there wasn’t even a bench left. The weedy patch of lawn edged by overgrown trees and shrubs radiated calm. Through the window, Penelope watched the antics of a flock of crows playing in the trees while she carefully unravelled a scratchy blue cardigan and wound the yarn into a ball.

On warm days, she lifted the window and welcomed in the street noises and smells. Exhaust fumes, sirens, fryer grease, cawing, rotting garbage and bicycle bells. They made her feel a part of the neighbourhood.

Residents of the building across the street occasionally ventured onto one of their narrow rusting balconies to smoke or hang laundry. Penelope smiled and waved. No one waved back or even responded with a friendly look, and she finally gave up and turned her attention back to the tiny green space.

The outline of former path, gravel perhaps, meandered across the grassy area before disappearing into the pools of shadow cast by the trees at the back of the lot. She wondered where it led but hadn’t found the courage to explore.

She picked up her needles and considered her next knitting project. The basket she kept on the floor brimmed with colourful balls of reclaimed yarn. Not comfortable with creating baby hats from used yarn, she instead fashioned colourful adult-sized scarfs and mittens. She folded them and stacked them in piles on every flat surface. There was no one to gift the finished items to.

Every morning and evening she checked her reflection in the tarnished bathroom mirror. She ventured out for groceries, but the checkouts were self-service. Every month she pushed a rent cheque through a metal slot in the lobby.

Penelope lost track of the last time she’d had a conversation with another person. She existed, but no one saw her.

Abandoned and ignored, just like her, the park filled her thoughts and invaded her dreams.

One early autumn day, amongst the black plastic bags of garbage set out on the street, she noticed a tattered, folding lawn-chair. Back in her room, she removed the torn webbing and knit a new seat out of scraps from her yarn basket.

The day after she finished repairing the chair, she carried it to the edge of the park and placed it where she’d decided a bench should have been. Pulling out her knitting, she sat down.

At street level the homeless ones were more obvious. How had she not noticed they had nowhere to go?

She didn’t attempt to speak to anyone. Silence had become her habit, but smiled and nodded at all who passed, even though no one appeared to notice. By the end of the day, the shadows of the overgrown trees stretched toward her.

For weeks she knit and observed.

Back in the apartment, the piles of finished scarves and mittens on the floor had reached the windowsill.

Penelope gathered an armful, clasped them to her heart, and carried them downstairs and across the street to the park. She draped them over branches before settling into her chair to knit.

The next day, the scarves and mittens had disappeared. She brought down more.

Everyday, she moved deeper into the trees where it was a little more sheltered, a little warmer.

Passersby began to stop in the park, though no one appeared to notice Penelope. Several wore her creations. A family brought their children to play.

Time passed. The winds turned icy and leaves blanketed the ground. The forecast called for a foot of snow. Her first winter without Henry.

Plump, white snowflakes drifted from the grey sky as Penelope carried her chair into the trees. She only felt cold on the way in and the way out of the park.

And there were more and more visitors to the park every day. She still held her breath, smiled and hoped they’d notice her. They never did, but she no longer minded. She’d poured that sorrow into the blanket she knit to cover her lap.

Penelope spent more and more time in the park.

It was strange she didn’t see the tiny woman approach. She simply appeared, wearing a long black dress and a red nightcap.

You’ll catch your death of cold, Penelope would have said, if her voice still worked. Instead, she smiled and nodded a greeting.

The woman smiled back, displaying yellowed teeth, and motioned for Penelope to join her.

Penelope turned to gather up her work and chair, but they weren’t there. She shrugged. There was always more yarn, and she could scrounge up another chair.

The woman led her to the first shop next to the park. A tea shop.

Penelope could have sworn the freshly painted storefront had been boarded up, and she felt sure she’d have noticed the opening of a tea shop. Even before the door opened, the welcoming scent of peppermint tea and vanilla cookies reached her nostrils.

Inside, aproned staff and rosy-cheeked patrons greeted her warmly. No one averted their eyes. Several asked if she could teach them to knit.

“Yes, yes of course.” The words flowed, warm and sweet like honey.

Looking around, she noticed her old friends sitting near the back, mugs of tea in hand. Penelope’s fingers itched to knit. She waved and her friends waved back. 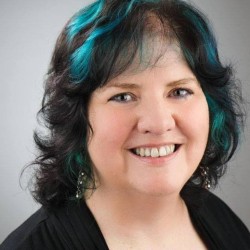 KT Wagner
KT Wagner writes in the garden of her home on the west coast of Canada. She loves to knit and is a collector of strange plants, weird trivia and obscure tomes. KT graduated from Simon Fraser University’s Writers Studio in 2015 (Southbank 2013). She organizes writer events and works to create literary community. KT can be found online at www.northernlightsgothic.com and @KT_Wagner