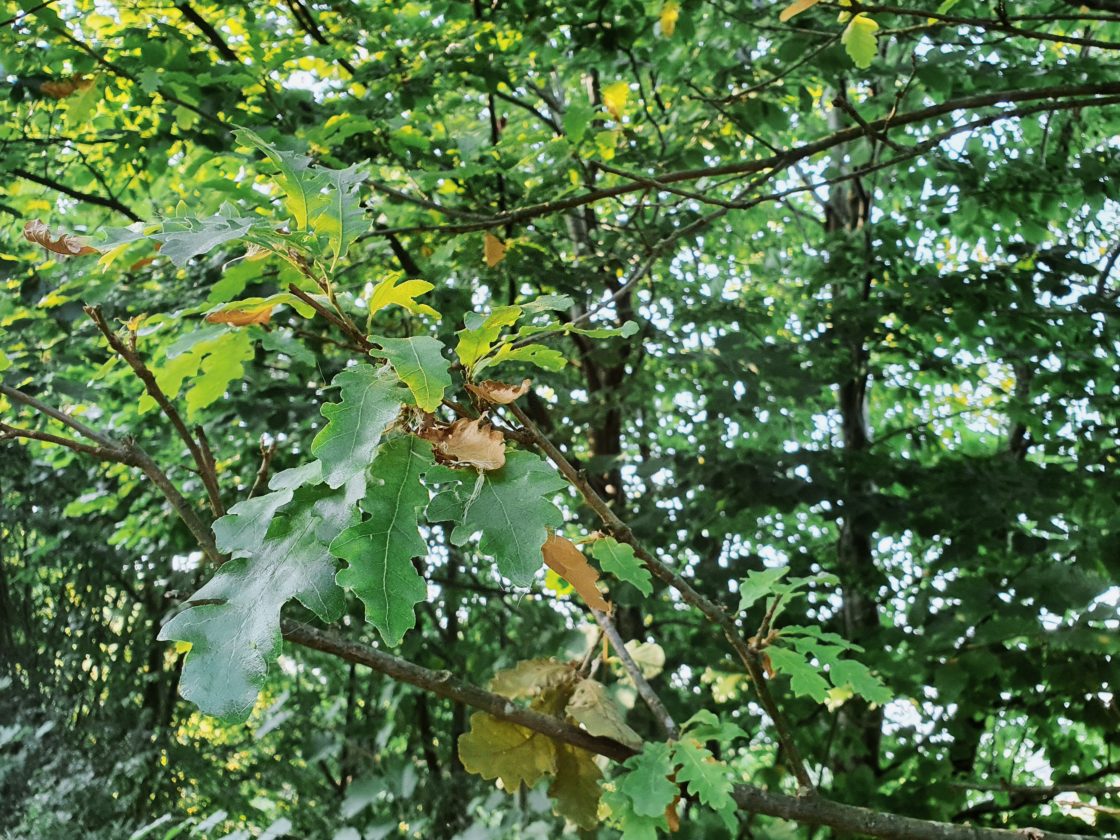 Honeybriar was the kind of town that no one looked at twice. Small and sleepy, full of flora that frolicked around elfin everything until you couldn’t tell whether Honeybriar was a town in a forest or a forest in a town. Basically, the town was entirely forgettable, with houses and cars and mailboxes that didn’t care much for diversity.

But Honeybriar was also full of secrets, the sort that hid in dark alleys and inspired crimes of rage and passion and vengeance.

Visitors like Delia Merle were as sparse as stars in a stormy sky, only finding their way to the town after they ventured off the highway, lost themselves on winding roads, and stranded themselves far from civilization.

Honeybriar wasn’t particularly welcoming to newcomers. Visitors had to navigate the town’s labyrinthine layout, which meant picking their way through jasmine, squeezing past honeysuckle, and ducking beneath ivy until they found the rustic coffee shop. If they were careful, they avoided disturbing the bees that peppered the flora like flecks of black and gold paint.

The town’s first secret, Delia Merle rapidly discovered, was that its inhabitants never left. In fact, no one had set foot outside of the town for seventy years.

A month after news stations across the country reported her girlfriend missing, Beatrice Kwang stumbled across Honeybriar.

Much like Delia, Beatrice drifted off the highway after the fuel gauge in her car began venturing too close to the “E.” And then her GPS began to flicker on and off, rendering it about as useful as a magnetized compass. Regardless, Beatrice drove on, hoping to find a building with signs of human habitation, with people who could help her refill her gas tank and then get back to the highway.

Had Beatrice’s attention not been occupied by the quivering fuel gauge needle, she might have noticed the road behind her vanishing as violet tendrils of wisteria trailed after her vehicle.

Beatrice’s car sputtered once, twice, before she finally gave up and hit the brakes. She pulled her keys out of the ignition, hopped out of the vehicle, and then promptly tripped over a tree root. Her graceless fall, though, put her at face level with an object half-hidden by curling wisps of jasmine. Curious, Beatrice brushed aside the flowers, revealing a wooden sign.

Beatrice got to her feet, straightened her glasses, and plucked a leaf from her shirt. Hands on hips, she surveyed Honeybriar, taking in the endless flora. Even as she observed the town, it continued to do what it did best: slumber.

A bee buzzed past her hearing aid, disrupting the halcyon silence, and Beatrice shuddered. She hated bees. When another bee flew into her line of vision, Beatrice decided it was time to move. Threading her way between clusters of honeysuckle, she delved further into Honeybriar, following a strengthening fragrance of jasmine and honey.

Perhaps the honeysuckle creeping after her ankles should have alerted Beatrice to the fact that something wasn’t quite right in Honeybriar, but visitors rarely noticed anything amiss in the small town.

Beatrice stopped short when she nearly ran into a coffee shop swallowed by draping vines. After trying the knob, she shoved aside a curtain of ivy and ducked through the door.

“Hello?” she called out.

No one answered, but the faint clatter of dishes drifted from the shadows behind the counter.

Beatrice stepped cautiously forward, inadvertently kicking a dust bunny, which promptly disintegrated before her shoe. Oddly enough, unlike the floor, the wooden tables were spotless, except for the ringlets of roses curling around the legs.

A woman, dark hair streaked with copper, stood beneath a blank chalkboard.

“Hey,” Beatrice said, propping her elbows on the counter. “Could I get—”

Beatrice stopped short, staring at the origami crane tattoo at the base of the woman’s neck.

The figure turned around and dropped the mug in her prosthetic hand.

“You have to get out of here,” Delia said, running around the counter. She grabbed Beatrice’s arm, pulling her toward the door.

“Okay, but…” The questions Beatrice wanted to ask tumbled over each other, each one clamoring to get out first, until Beatrice found that she couldn’t speak at all.

Then Delia stepped into a shaft of sunlight, and Beatrice gasped. Her girlfriend’s skin had always been a warm bronze. But today, Delia’s skin was nearly translucent, formerly faint freckles now standing out like bursts of blackberries on snow.

“Dels. What happened? Where have you been?”

Delia shook her head and kicked open the door. “Not now, Bea. There’s no time.”

But Beatrice, who had just found her girlfriend after thirty-one days, dug in her heels. “What the hell is going on?”

Beatrice tried tugging Delia’s hand away. But when she looked down to pry Delia’s fingers off of her arm, she froze. Underneath Delia’s skin, green veins sprawled out in a woven web, much like the vascular tissue in leaves.

Taking advantage of her girlfriend’s shock, Delia hauled Beatrice through honeysuckle and jasmine until they bumped into the town sign.

“Bea, get in your car.” Delia shoved Beatrice toward the vehicle. Sometime during the past twenty minutes, clusters of thyme had twisted around the tires. “Go. Please. Before it’s too late.”

“I—I can’t. I ran out of gas.” Beatrice squinted at Delia. Was it just her, or had Delia’s skin taken on a vaguely violet tint?

“Hey, stop!” Beatrice ran after her girlfriend. “What the hell is going on?”

Having pulled out a pocketknife from her jeans, Delia was busy slashing at a large, leafy lump near Beatrice’s car. “You can’t stay in this town, so I’m getting you out of here.”

“I’ve gathered that much!” Beatrice said. She tugged at a vine, revealing metallic blue paint. “But Dels, you’ve been gone for a month. You have to tell me something.”

Delia sliced through more leaves, unearthing a larger chunk of car hidden beneath the foliage. “Honeybriar is dangerous. I…I’ve seen things. It’s too late for me to leave, but I can help you escape.”

“Okay, but what am I escaping from?” Beatrice started helping Delia tear away vines until the lump was less leaf and more car. “Also, where is everyone, and why is everything covered in plants?”

“That’s exactly why you have to get out of here,” Delia said, clearing the remainder of the leaves from the car. She opened the door, plucked a ring of keys off the driver’s seat, and shoved the keys into her girlfriend’s hand.

Beatrice stared. “Dels…? There’s a petal. Growing on you.”

Cursing, Delia ripped the petal off of her hand. “Sunlight makes it worse.”

“Delia.” Beatrice, hand on the car door, turned to her girlfriend. “Come with me.”

But Delia smiled sadly. “I can’t.” She rolled up her other sleeve, revealing an arm that was now undeniably green, covered in leaves and budding flowers from shoulder to prosthetic.

Beatrice flinched. When Delia had gone missing, Beatrice had dreamed up endless nightmarish situations, but this scenario had never crossed her mind. How could it have?

“Go, Bea.” Delia wiped tears from her cheeks. “Before it’s too late for you.”

Swallowing, Beatrice wrapped her arms around her girlfriend. She cried into Delia’s shoulder until Delia finally pushed her away, but not before Beatrice managed to sneak in a kiss.

“I love you,” Beatrice said.

And then she was swallowed by sunlight.

Beatrice screamed. Delia had said that sunlight made her condition worse.

But the light faded, and as Beatrice blinked the dark spots from her vision, Delia stood in a puddle of petals and leaves, her arm now fully flesh and prosthetic.

Delia stared down at her arm. “What the hell?”

Grabbing Delia’s arm, Beatrice pulled her towards the car. “Get in. Let’s not question it.”

As Delia ran around to the passenger’s side, Beatrice climbed into the car and jammed the key into the ignition. The moment they were both safely buckled in, she floored the gas. Beatrice glanced at the rearview mirror, chancing one final look at Honeybriar. Where Delia had once stood, vervain plants were now sprouting, but these flowers were climbing towards the sun instead of sprawling towards their car.

Delia Merle and Beatrice Kwang had uncovered the town’s second secret, which was arguably its darkest: decades ago, a curse had befallen the sleepy town, its inhabitants disappearing one by one as they faded into flora.

But as Delia and Beatrice stumbled out of the car and into the arms of Delia’s weeping parents, they didn’t realize that they had also discovered Honeybriar’s third and final secret, the one that had allowed them to be the first to break the curse.