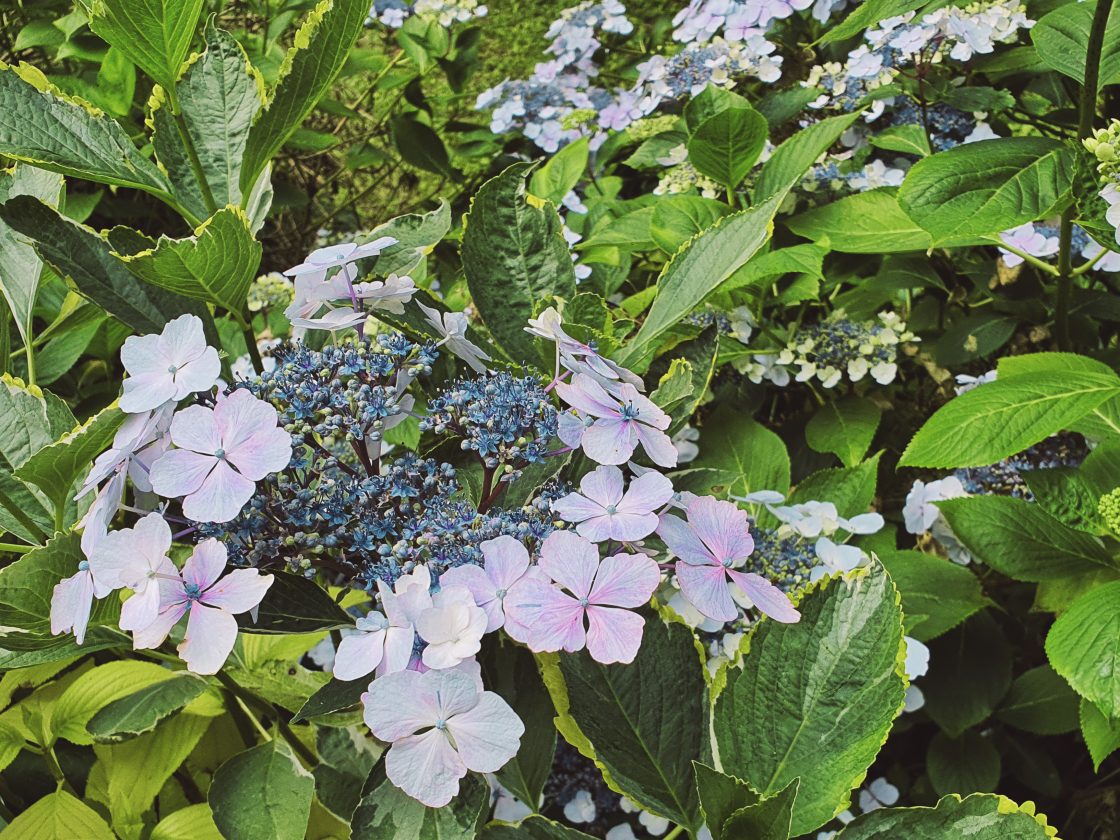 The Radiant All Clear

The pup had an upset stomach last night, and woke me up three times with her urgencies — but always in her gentle poodle way, not barking or growling. Just sitting upright beside the bed, making imploring moans until I noticed her.

I would put on my robe at each summons, accompany her outside, and wait on the deck, standing inside my cold breath clouds. November can be such a bleak month. Bare branches, empty moon, the garden still and silent. A dreamless, colourless, black and white postcard.

I thought I would’ve had a dream about him by now — many dreams, actually. We’d had that important pillow talk, the last time we slept together in the big bed. Before he became too weak to climb the stairs. Before the espionage people started watching him from the closet. Before he got more potent drugs to soften his pain and psychosis.

“I’m going to miss you so much,” I’d whispered in the dark.

A science educator, naturalist, and a pragmatist, well-studied in biological life cycles, he knew dead was dead. That erratic duck he accidentally ran over with his truck on the country road — dead. No duck soul rising. No eternal duck heaven or hell. No duck ghost. Just the sudden expiration of life, then decay, desiccation, decomposition, a return of nutrients to the earth.

“You could miss me from wherever you’re going.” More of a desperate plea. Let me keep one infinitesimal hope.

He’d remained quiet for a time, then pulled my arm over his chest and enclosed my hand with his protective, warm one.

“I’ll let you know once I can assess the situation.”

Understandably, I’ve been waiting for his report. A message of some sort. At the very least, a sign. I think he could have assessed the situation by now. He could always size up a room in minutes. Let’s be honest: it should have only taken him a day or two. I’ve strained to hear his confirmation: situation all clear.

But all there’s been is endless radio silence.

I did have one fleeting dream glimpse about three weeks after he died. I saw him standing in a doorway. He motioned ‘hush’ to me, then turned his attention back to watching a cooking demonstration class. Something so ordinary, as if life was just going on as always.

He didn’t have a message for me. He didn’t even seem excited to see me. Which he should have been. We’d made contact. You were going to tell me about the situation.

But it was just a flicker of a flash of a dream fragment.

After the pup made her third trip outside, I tried to fall back asleep, overtired and emotionally weary — conditions that often make my grief and anxiety swell. It was almost certain to be a hard day.

Except then it finally happened, though not at all in the way I expected. Not in an emotional, astral reunion followed by a lucid and exciting exchange of information.

Instead, in this half-asleep state, I had a powerful, transcendent experience.

I dreamed I became him: seeing out through his eyes, while sitting high atop a hill, looking down below into a lush, green valley. It was a vibrant, ethereal green from a color spectrum not of this earth. Otherworldly brilliant and beautiful.

There I was — far away and small, down in the landscape — on a long, meandering path that represented my life. From his elevated perspective, he could see my whole life as I figured everything out. If I was having a struggle, he could zoom in like a camera lens to be closer to me. Or he could do this by choice, simply to enjoy part of my journey. But he was always there, up high on the hill, watching over me in the valley. Not interfering, just smiling down with love.

Maybe he showed me his version of an afterlife, beyond his physical return to the earth. The perfect one for such a passionate environmental steward. Maybe his consciousness merged with birds, rivers, trees. Transmuted into oceans, mountains, and valleys. Became divine eyes of the universe. Radiant stars that shine over me and the pup, as she jumps into the big bed, curling up against my belly, both of us finally comforted. 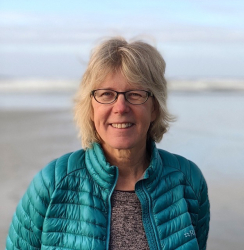 Karin Hedetniemi
Karin Hedetniemi is from Vancouver Island, Canada where she photographs and writes about nature, place, quiet inspirations, and being human. Her creative work is published or forthcoming in Prairie Fire, Hinterland, Still Point Arts Quarterly, Sky Island Journal, Moria, CutBank, Barren Magazine, and other literary journals. Karin won the 2020 nonfiction contest from the Royal City Literary Arts Society. Find her on Twitter/Instagram @karinhedet or on her website: AGoldenHour.com.