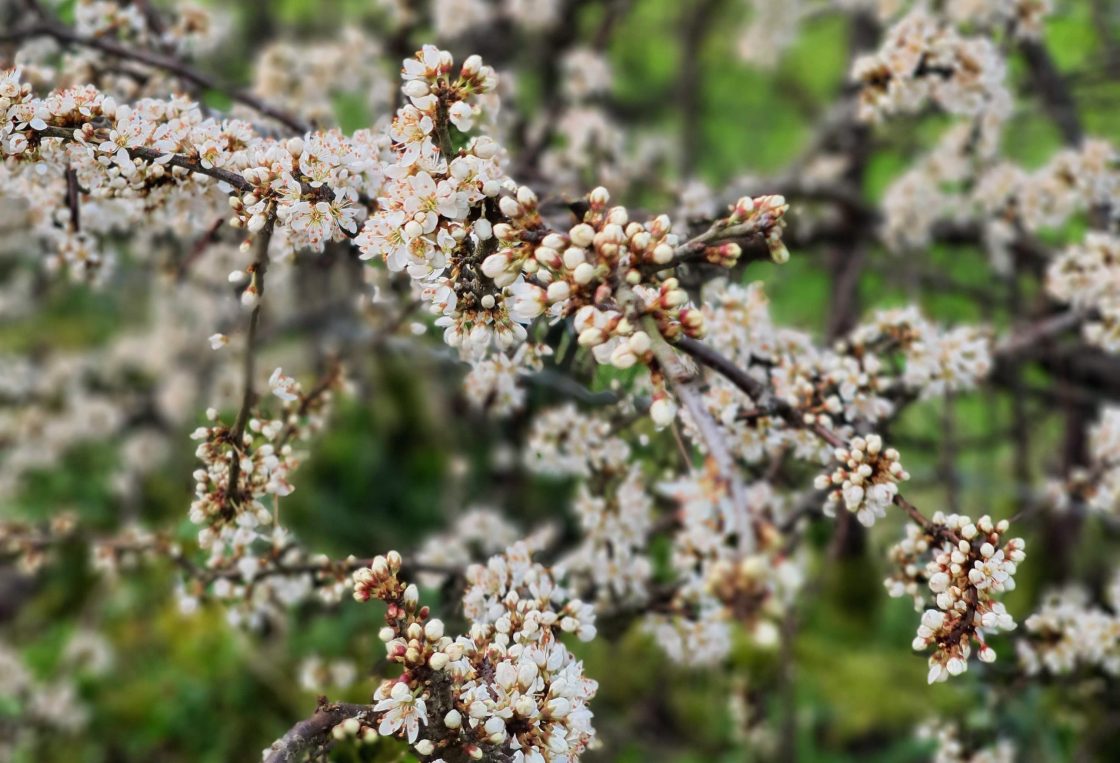 Francesca closed her husband’s door and looked down the hallway of the dementia ward for the source of the voice, baritone and gravelly. She herself had wanted to shout, “Basta!”—“Enough!”—so many times in these last years with her husband. Basta to his not remembering one minute of their sixty-four years together. Basta to her being just another stranger to him, albeit one who brought warm socks and vanilla milkshakes. Really, anyone could do that.

A nurse exited a room three doors down. She carried a lunch tray, the cup of red Jello overturned, splotching her scrubs like she had been on the wrong side of a knife fight.

“Guess he doesn’t want lunch,” she said as Francesca approached.

“I don’t know what he is, but ever since his stroke, that’s the only language he knows.” She glanced over her shoulder at the half-open door. “Poor man doesn’t have any friends or relations, and none of us understand him.”

“Perhaps I can help,” said Francesca. “I used to speak it, many years ago.”

“Have a go,” said the nurse, already walking away.

She entered the Italian’s room and partially closed the door. He glanced at her suspiciously under bushy white eyebrows.

“Buongiorno,” she tried, her lips rolling over the language like the taste of a childhood sweet.

The Italian studied her, and for the first time in years, she felt conscious of the bags under her eyes, the loose skin under her chin.

“Caterina?” he asked now, his mouth turning up into a smile, his eyes appraising her with recognition. She was his dead wife, or his long-lost sister, or a childhood friend.

“Come stai?” She asked him how he was doing, the words surging from a deep canyon, forgotten until that moment.

For the next hour, he held her hand and she listened to him, nodding her head, feigning comprehension. She replied “sì” and “no” and “grazie,” and when visiting hours were over, “arrivederci.”

“A domani,” came his reply, and he winked. See you tomorrow.

That afternoon, Francesca was sitting in her husband’s recliner, studying the crossword, when her doorbell rang. She opened it to find her great granddaughter on her front stoop, a brown grocery bag at her feet.

“Hi, Nonna,” she said, kissing her on both cheeks. “I can’t stay, but I brought you something from the library.”

She pulled a set of CDs from the grocery bag.

“They were having a sale, and I saw these Italian lessons. You’ve always said you wanted to relearn the language. I thought maybe you and I could share them, learn it together.”

Francesca turned the set over in her hands, saw its promise to teach her the language of pasta, art, and romance. There was a photograph of a couple, holding hands in front of the Colosseum, where Francesca and her husband had traveled on their honeymoon.

“That’s a wonderful idea,” she said, and her great granddaughter beamed.

When she was alone again, she poured herself a cup of tea and pushed play on her stereo. The first dialogue began, the words simple but resonant. As she repeated after the speakers, the language of her childhood returned to her like a favorite memory, and it felt as though she had never forgotten. She pushed stop, and then tried her own words.

“Mi chiamo Caterina,” she said. My name is Caterina. 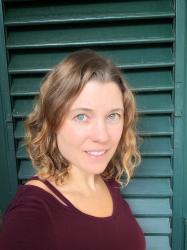 Jill Witty
After twenty years in the world of start-ups, Jill Witty is pursuing her lifelong dream of writing stories and novels. She currently lives in Florence, Italy with her partner, three children and rescue dog. Connect with her on Twitter @jwitty.