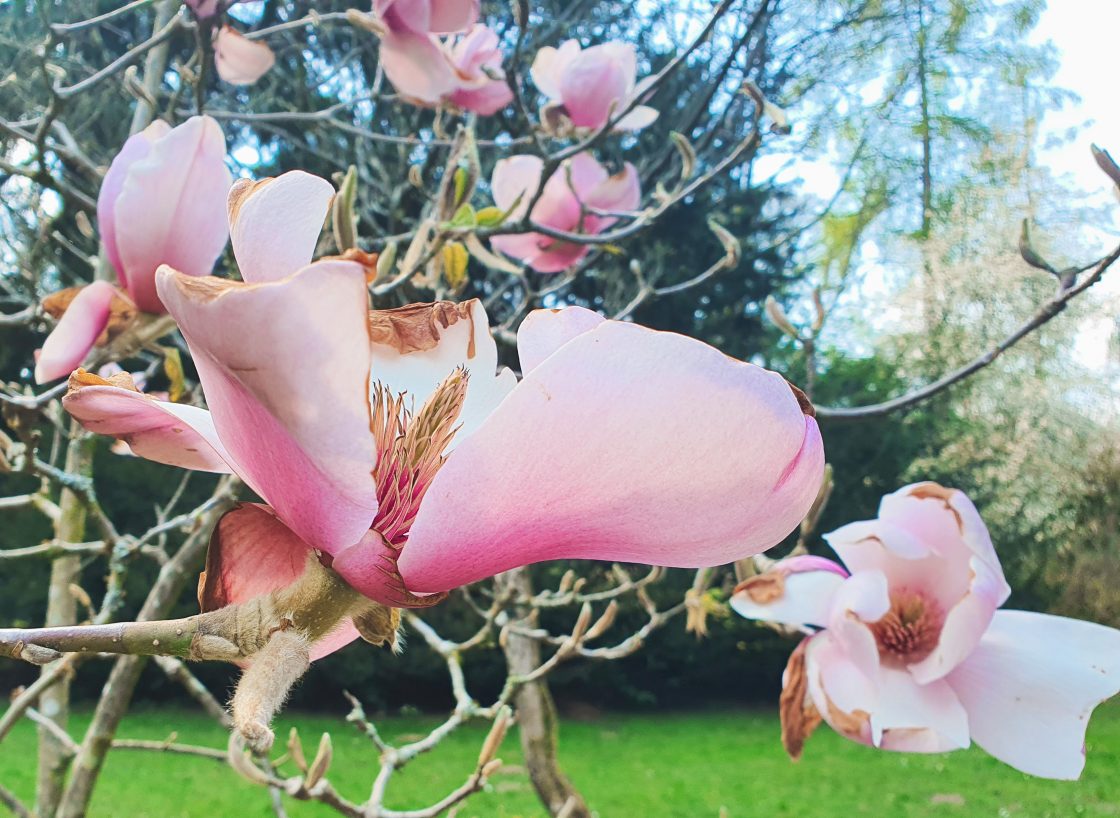 It’s early. Mid-morning. Mid-July. Somewhere between the 14th and the 20th, she forgets.

The calendar isn’t useful, it’s on the dresser in the hallway, or perhaps, by now, shredded for mulch in the compost, after Pinker, wagging his tail, happily ate the entire of October last Tuesday when Vanessa had visited and bought the children (and the noise that comes with children).

Anyway, she hesitated. Traced the outline of a teaspoon with her finger. The thought evaded her, she had been thinking something about the dresser? The dog? Vanessa? She couldn’t remember, because tea was brought to the table, and the sunshine through the steam bought such a sudden sense of displacement that she thought she might stand up and leave the tea shop (halfway between Richmond and the rest of the world), before she had even made up her mind to do so.

It was the woman by the window who made her stay – the woman who, by chance, or perhaps something else entirely, was sitting perfectly still, and perfectly framed between the ever disappearing ribbons of steam.

She was wearing a hat, which, it seemed, turned her entire face upside down (so little joy there was in her expression that the tea, still yet to be poured, was too bitter to drink), and all the colour from her face seemed to have fallen out of her head and onto the table, where, between the bouquet of flowers; the blurred dark purple of heliotrope, the velvety blues of delphiniums interspersed with daisies, and shot through with spindly disappointing yellow flowers which she couldn’t remember the name of, but would ask Vita, should she see her soon, a thought which turned itself over in her mind, flopped belly up, and underneath she found the calendar she had lost mid-thought earlier. 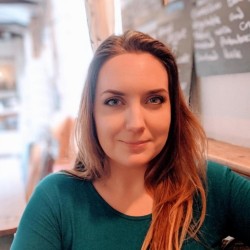 Natascha Graham
Raised simultaneously by David Bowie and Virginia Woolf, Natascha Graham writes fiction, non-fiction and poetry, as well as writing for stage and screen. She lives with her wife in a house full of sunshine on the east coast of England.
Her play, How She Kills, was performed by The Mercury Theatre in August 2020 and broadcast on BBC radio in September. Her second play, Confessions: The Hours, has been performed by Thornhill Theatre London, Fifth Avenue Theatre, New York, BBC Radio Suffolk, and both have been selected by Pinewood Studios and Lift-Off Sessions as part of their First Time Filmmakers Festival 2020.
Her poetry, fiction and non-fiction essays have been previously published by Acumen, Litro, Every Day Fiction, The Sheepshead Review, Yahoo News and The Mighty.
Natascha also has an upcoming poetry pamphlet published with Tall Lighthouse in 2021 and writes a continuing radio drama for BBC Radio Suffolk.